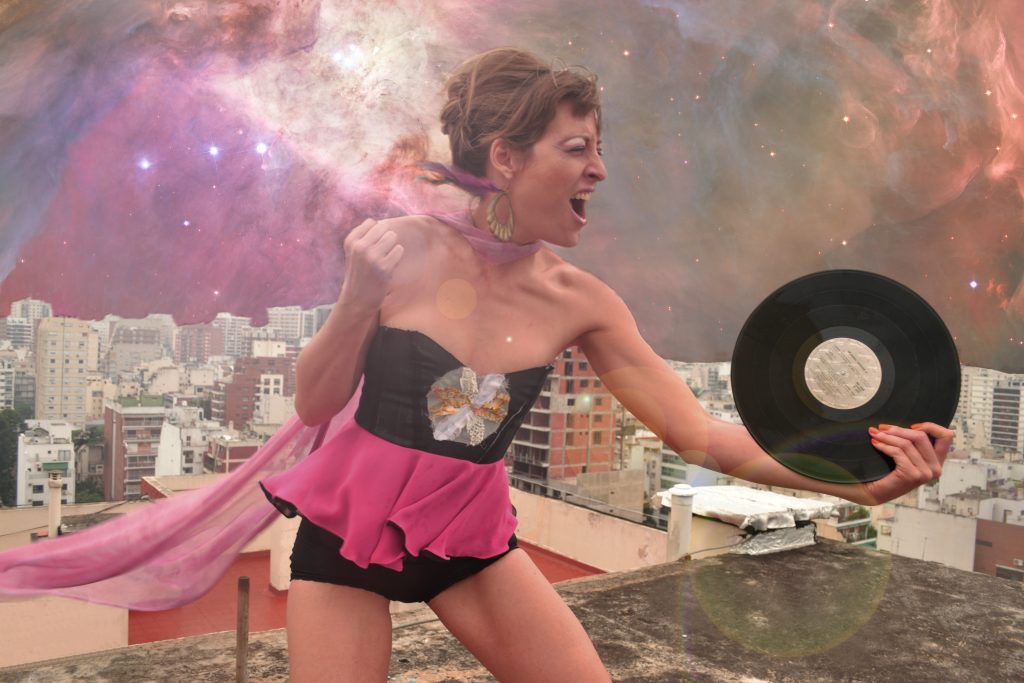 Making Buenos Aires her home of choice in 2004, KΛT KΛT TΛT, ex-editor of the German electronic music publication Raveline, installed herself in the Argentinean scene as a DJ and event organizer whilst continuing her quest as an independent writer and photographer for mags such as Meoko and Electronic Beats. Also doing press work for labels such as Igloo and Lebensfreude, amongst others, she not only survived in its vital underground but also honed her skills in one of the worlds hottest capitals.

In 2008, she joined the Wicked Mag editorial, taking the cultural magazine to new heights. Eventually also conducting a radio show called Wicked Frequencies, and organising an highly artistic event row called Trashmission with her Wicked artists and musicians crew, she went on to DJ in countless events and clubs all over Latin America, and of course her native Germany. In 2010, it was time to add something more to her universe: Returning to her artistic roots, she initiated a street art festival called Street Arte BA (www.streetarteba.com) which unites over 170 street painters from over ten countries in open-source painting sessions, with workshops, residencies and government grants. Kat went on to organize her own events, Trash Republique being the successful follow-up of Trashmission, an almost all-exclusive female event. Trash Republique mutated into Blue Sunday, an advanced, arty daytime event, as well as showing its mighty prowess as Blue Republique all-nighter. Launching the all-female Post Acid Disco Zoo, working for Tresor and within the Perspective Festival organisation, for Plötzlich am Meer, Uckeralm and Wilde Möhre, in her native Berlin, KΛT KΛT TΛT managed to reinsert herself into her second spiritual home, Germany's crazy capital, placing herself within those subcultures that respire her free and open-minded spirit. Whilst setting out for new adventures around the globe – exploring Morocco, London, Bavaria and the outer hebrides of this universe – K ΛT KΛT TΛT continues to thrill with her weekly radio show TRΛSHMISSION BERLIN every Saturday at 22 CET on www.radio8bitz.com. Compiling the most interesting new developments in electronic music in a solid mix, backed up by sonic trickery to find an uncompromising approach to djing with turntables and vinyl only, as well as taking advantage of effects and sampling tools, KΛT KΛT TΛT intertwines the future of house with her firm techno roots.